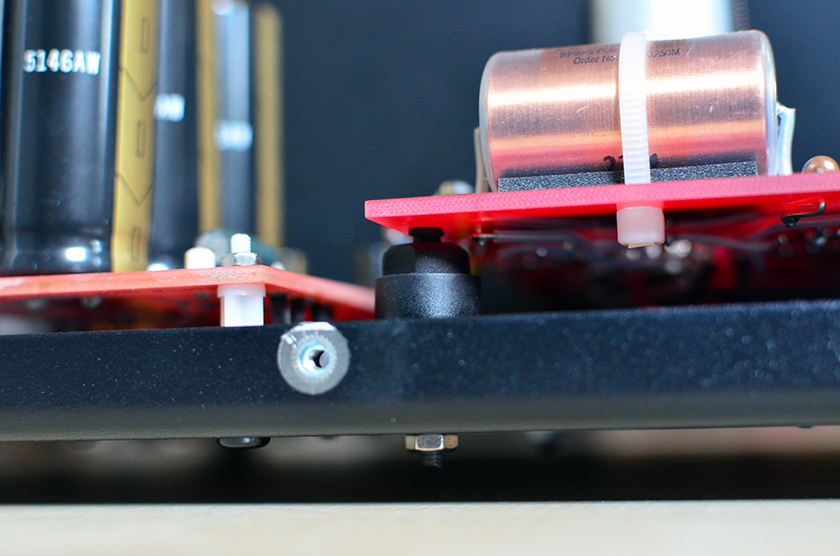 Although it made an analog junkie out of me, I have to admit that I’ve been aware of the slightly resonant signature of Oto’s phono stage. To my ears there has always been a sonic disparity between its line level and phono performance that manifested itself in a kind of exaggerated euphonic quality attributed to the latter.

At first I was inclined to think these attributes are intrinsic to the analog medium itself and the way the audio signal is extracted from the grooves through the stylus-tonearm interface, but the more I listened, the more I was realizing that the issue is likely to stem not from the source but from the amplification of the tiny signal occurring in the phono stage. The phono stage itself is exquisitely made, a variation on a theme anode follower comprised of an ECC83 (12AX7) and an ECC88 (6DJ8) double triodes and a passive RIAA equalization network. The board is made of epoxy resin and serves only as a placeholder for the elements which are point-to-point wired at the back side. Despite the fact that it is beautifully made, with the time I grew even more aware of the artificial liveliness that was distracting me.

It was as if a slightly delayed and reduced in level copy of the signal was superimposed over the original coming from the input. These observations slowly crystalised in the idea that the issue has probably something to do with vibrations and resonances transmitted through the steel chassis to the phono board, thus compromising its performance. That might be one of the reasons why we don’t often see integrated tube amplifiers featuring phono stage, just because it could be quite some challenge to isolate it from the sources of vibration and electromagnetic radiation. The usual suspects that generate enough mechanical energy to be worried about are the output transformers with their oversized permalloy cores typically used in single-ended tube amplifiers.

With my conviction growing I started to look for solution that could if not completely solve the issue at least mitigate it to a degree that would allow me to enjoy the records fully without the aforementioned reverberant coloration. I first started to experiment with the shields of the two double triodes trying to understand the differences they make and the exact role they play soundwise. Without the shields the sound becomes more easy and open, much like the kitchen radio, but lacking fundament and definition which characterize the modern sound. Trying different configurations at the end I prefer the way these shields/dampers come originally – one compressed spring is located inside the metal can and presses upon the top of the tube, two additional stretched springs located outside the shield can are pulling it down toward the socket. These tube shields are obviously useful and appropriate and although they do their job of dampening the tubes’ own resonances and shielding them against external sources of electromagnetic radiation they alone could not deal with vibration entering the phono board from the chassis. 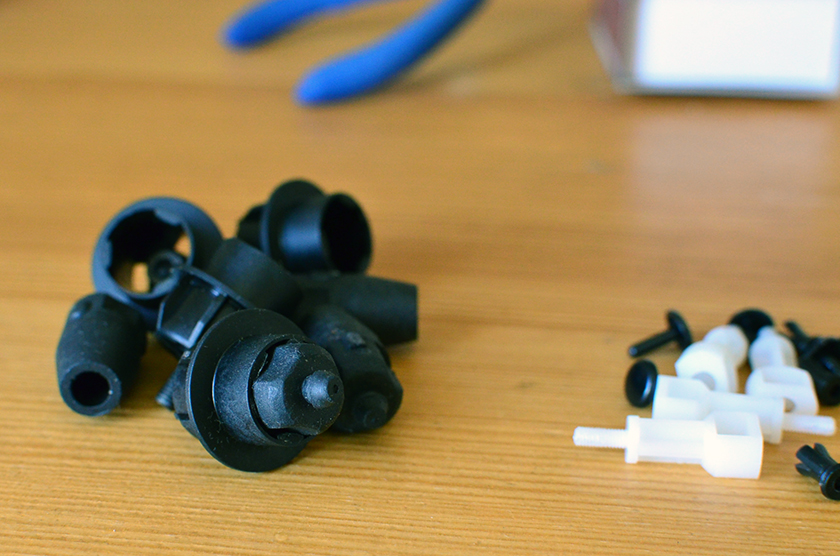 What I saw other manufacturers were doing is either to isolate the tube sockets from the board by using rubber grommets or to keep the sockets hard coupled to the board and isolate the board itself. Why at Audio Note they haven’t taken any of these measures for me was unclear. What I can tell is that the white plastic legs used to support the board are hard enough to effectively couple it mechanically with the chassis. So I decided to check how the phono stage will perform if its main board is supported by rubber feet.

I keep a small stash of old turntables in case I need a rubber grommet or spring, bolt or what not because these are great sources of all kind of parts and I never throw them away. Luckily in the innards of one old Dual I spotted four rubber absorbers used to decouple its steel sub-chassis from the plastic enclosure. They have plastic tube sockets and conical rubber inserts with small mushrooms on top for securing the connection. Installing them was pretty straightforward and easy. I didn’t expect much to happen but was just curious to hear the result of the intervention.

And I was shocked. It was one of those happy moments when my whole being rejoice, it was a big ‘Wow’! One can instantly tell if a tweak yields just by the fact that the focus of one’s attention is instantly moved from sonic observation to the music itself. Any though of judging reproduction is instantly forgotten. And this is exactly what happened after the substitution of the stock plastic footers with the rubber ones. It was not a small improvement but a substantial refinement of Oto’s phono stage performance that dried the sound, cleaned up the mids, brought the bass further down the cellar and simply made me entirely happy, and even proud of myself. I have no explanation why at Audio Note this detail has been overlooked. At the end this amplifier is in production for decades and the improvement I hear due to the modification is not subtle. For me it is a real game changer that makes me wish no other amplifier than Oto – this eternal source of joy in my days of self isolation. 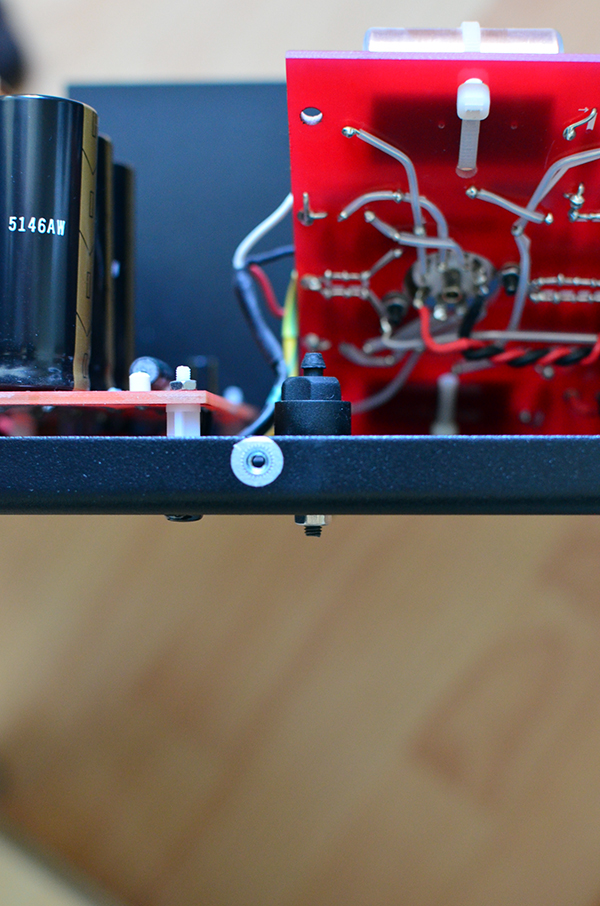 I can finally concentrate on records. In these uncertain times marked by the spreading fear of infection I act irrationally. Parcels with records ordered on Discogs and dispatched by random people are arriving every week, keeping the delivery guys busy and exposing me to danger, but I can’t help it. I take some precaution measures by keeping the plastic sleeves quarantined for a few days, disinfecting the record covers with soft cloth and washing my hands. All that hassle made me realize that the main advantage of streaming, aside from its convenience of use and access, is that there is no hygiene issue. It’s antiseptic, but that’s pretty much it.