This is some beautiful music I encountered guys – Beethoven, Chopin & Liszt: Piano Works – performed by the talented young artist Alexei Melnikov. I don’t remember when was the last time I had a toe-tapping experience with Beethoven’s music, but the fact is that this record brought the shiver back. It is simply stunning what Alexei is doing with the keyboard of the beautiful Shigeru Kawai EX grand piano.

The music simply breathes and flows fresh as mountain creek. I’ve been listening to different renditions of Beethoven’s Piano Sonata N.23 in F Minor, performed by quite some well known pianists, but I’ve never felt as involved with that music in such a joyful manner as with Melnikov’s organic and neutral approach. Though only 27 years old, the Moscow born pianist shows clear signs of profound intellectual capacity that stays behind his ability to connect the listener with the performed music.

Asked what he considers the most important when it comes to musical performance Alexei concludes: “My answer to this question will vary greatly depending on what you mean, whether you are talking about performing on stage or not. However, Schnabel said that he only needs one listener to perform Bach’s Well-Tempered Clavier.
When performing in front of a large audience, one must select the appropriate language. The point of an appearance on stage is the communication with the audience. Meanwhile, from purely musical point of view … I am aware that music exists to express what words can not, and I think the most important is to understand and convey the spirit embodied in the music.” 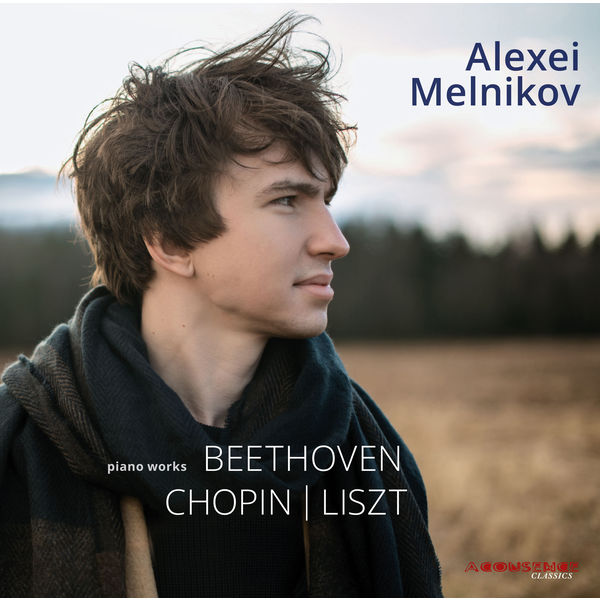 My impression is that he really succeeds in conveying the spirit of the music and that’s why I dare to bother you. But what makes this recording outstanding is the addition of the wonderful acoustic of the recording venue at Campus Fichtenhain in Krefeld, Germany and the magnificent tone of Shigeru Kawai EX that combines transparency and weight of Bösendorfer with the mellow and harmonically rich timbre of Steinway in an unique way. There are these dramatic moments of crescendo when one have the impression that Melnikov really tries to destroy the keyboard, and it is simply astonishing the ability of the instrument to convey these extremes of expression.

Ralf Koschnicke, the mastermind behind Acousence Records and recording engineer of the project, has clearly done an outstanding job of capturing all that abundance of nuance and dynamics. A set of Microtech Gefell and Neumann microphones has been used for achieving a marvelously plastic pattern of the sound. The mix from the individual microphone signals has been performed on a pure analog mixing console with fully symmetrical bus cabling and an audio bandwidth of around 750 kHz. The stereo mix created at the mixing console has then been recorded at 24-bit/192 kHz resolution as master, used later for generating the templates for manufacture of the audio media.