I’m gonna wrap up my thoughts and impressions of AMR DP-777 D/A converter that together with SoTM sMS-200 network player comprise the main source link of my audio chain, guys. As you might know, SoTM sMS-200 transports raw digital data through USB interface to AMR DP-777 that converts it to analog signal feeding the amplifier, so my observations are based entirely on AMR’s USB asynchronous digital input that is only one of the five connectivity options this device has to offer. Other digital sources I use along with this front-end are my Panasonic TV and the portable Sony NWZ-A15 music player.

I have always paid a great attention to the source link in the audio chain, and what I expect from it is to deliver analog-like, organic flow of information that a record contains. Quite often digital sources has been described as mechanical and uninvolving in their ability to deliver the drama, the drive and momentum stored within the record or to induce stress after prolonged listening sessions. At the same time non-oversampling digital to analog converters have won a reputation of being the closest thing to the organic and natural approach of traditional electro-mechanical transducers used in the playback of analog sound recordings, and that’s how my interest went in that direction. In my search for a good quality non-oversampling DAC with tube output stage I eventually stumbled upon an AMR DP-777 being sold on the second hand market and I seized the opportunity because there are simply not many options when we think of reasonably priced NOS D/A converters with tube output stage.

One of the most obvious things about this device is its versatility aimed to cover the vast majority of use cases instead of cater to the needs of specific user group. What I mean is that AMR DP-777 has basically most of the standard digital inputs – XLR, BNC, RCA and Toslink S/PDIF plus asynchronous USB, it has two separate processor chips – one 16-bit Philips UDA1305 for handling Red book CDs and another 32-bit Wolfson optimized for high-resolution files, it can be used as conventional preamplifier when fed through its analog inputs, there is also an optional resistor matrix-based analog volume control, it has additional pair of balanced XLR analog outputs, and a whole set of options regarding digital filters and sampling rates. 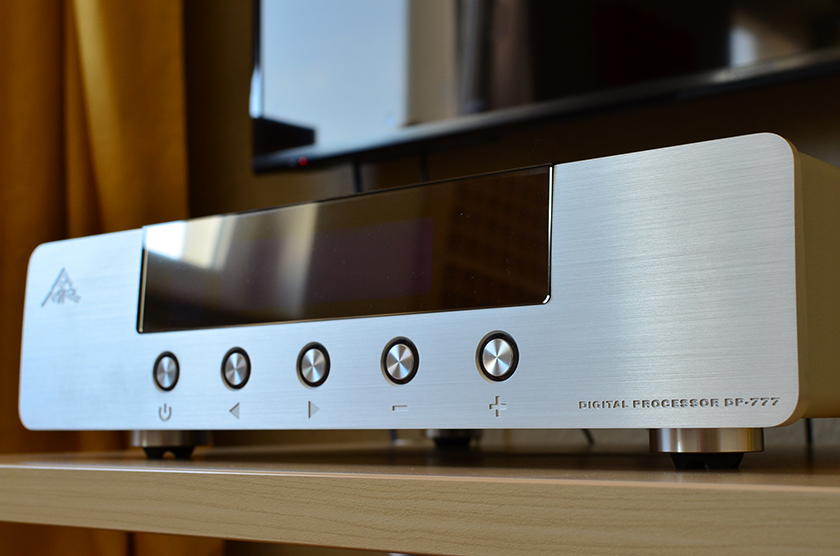 The thing is, it took me a year to realize that I am using no more than one-third of its built-in functionality, mainly because I have an integrated amplifier, thus I don’t need a preamplifier; I prefer the classic 16-bit non-oversampling Philips chip over the 32-bit Wolfson, because I simply find the CD quality playback superior than the Hi-Res versions of the same program material; I use only the asynchronous USB digital input and the standard single-ended analog outputs. So basically I’ve bypassed the preamp function, I use only the classic 16-bit DAC without any analog filtering, I don’t use the remote control because of this, and I don’t need display too. So my point is that a light version of this DAC striped out of preamp, high-definition 32-bit processor, remote control and display would have served my needs as well and could have saved costs at the expense of functionality that in my case is not required. That’s why I see there is a niche for an affordable, non-oversampling multibit DAC with tubed output stage.

One of the first things I did once I acquired AMR DP-777 was to find out which of the two processors it hosts serves the music better. With its default Auto DAC select function AMR DP-777 intelligently selects the optimal DAC for playback of different source files – if the source file has 44.1 or 48kHz sampling frequency the Classic 16-Bit DAC is selected, reversely if the source file has 88.2kHz or higher sampling frequency the HD 32-Bit DAC is selected. When playing 16bit/44.1kHz and 24bit/96kHz versions of the same program material it became apparent that the non-oversampling new old stock 16-bit Philips processor was a way more convincing performer than the 32-bit Wolfson contender. When listening to the Keith Jarrett’s The Köln Concert Hi-Res version for example, despite of the higher bit depth and sampling rate of the audio files, the HD DAC sounded utterly artificial reminding me that I am listening to HiFi instead of live performance. Cycling through the available digital filters didn’t improve this general impression but merely seasoned the dish. In opposite, when listening to the CD quality version of the same album the artistic touch of Keith’s fingers, the sheer presence of his piano and the applause of the audience made for very realistic and satisfactory portrayal of the event. These observations were further confirmed with different albums and file resolutions, so it was quite at the beginning when I disbanded the idea of listening to Hi-Res files through AMR DP-777.

Making the long story short I would say that if it wasn’t the old 16-bit Philips chip, for me AMR DP-777 would have stayed in the line of the many products that produce sound but not a life-like illusion. And this is the case here – to my experience when fed with proper CD quality program material and set to the so called Bit-Perfect I mode of operation, which restrains from using any digital or analog filtering in order to preserve the integrity of the data, this machine really shines with strikingly believable presentation. The speed of the transients is such that there is no doubt that a string has been plucked or the skin of a drum has been tapped with a bare hand. And I think that this kind of performance has its roots in the time domain integrity of the signal which is handled with lightning speed and accuracy. When switching to the second available mode of operation called Bit-Perfect II for example, the magic is gone, something felt wrong and I hear speakers instead of musical instruments. It looks to me that the analog filtering group introduced in Bit-Perfect II to correct the slight roll-off in the treble frequencies smears the transients by inducing slight ringing, and that’s a fatal and no go, and it confirms my notion that keeping the signal path short and avoiding obstructions on its way always pays off. 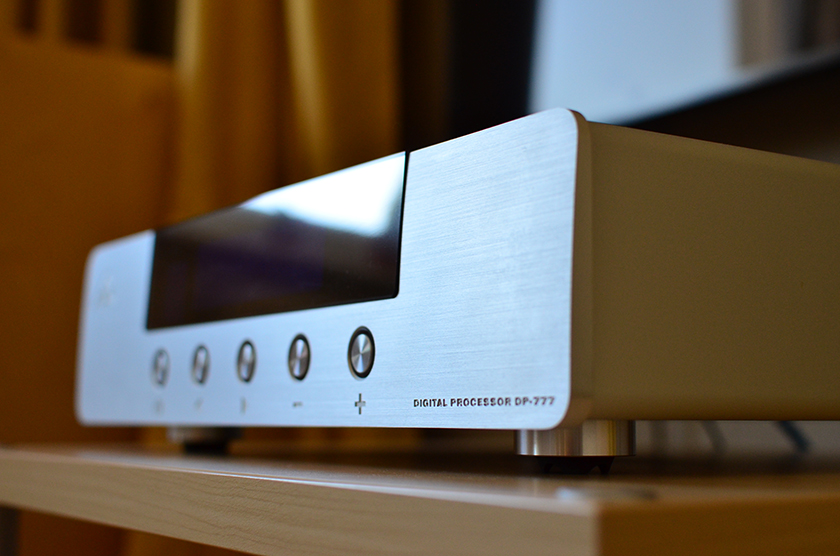 It is out of question that a higher degree of believability could be achieved with lusher textures, more saturated tone colors and even better spatial presentation which a high resolution analog rig could elicit from the grooves, but what AMR DP-777 does in certain aspects of the reproduction, it does with aplomb that is simply stunning. Paired with a decent streamer it makes for a very convenient, user friendly experience, but I guess that when mated with a proper CD transport through one of its S/PDIF inputs, which employ a special circuit based upon high-speed NOS 6N11 valve, the quality of the reproduction might rise even further. The drive and momentum that a spinning disk might bring during real-time conversion should not be underestimated, physical media has always been and still is a reference, so if you strive for the best possible quality this might be the direction to go.